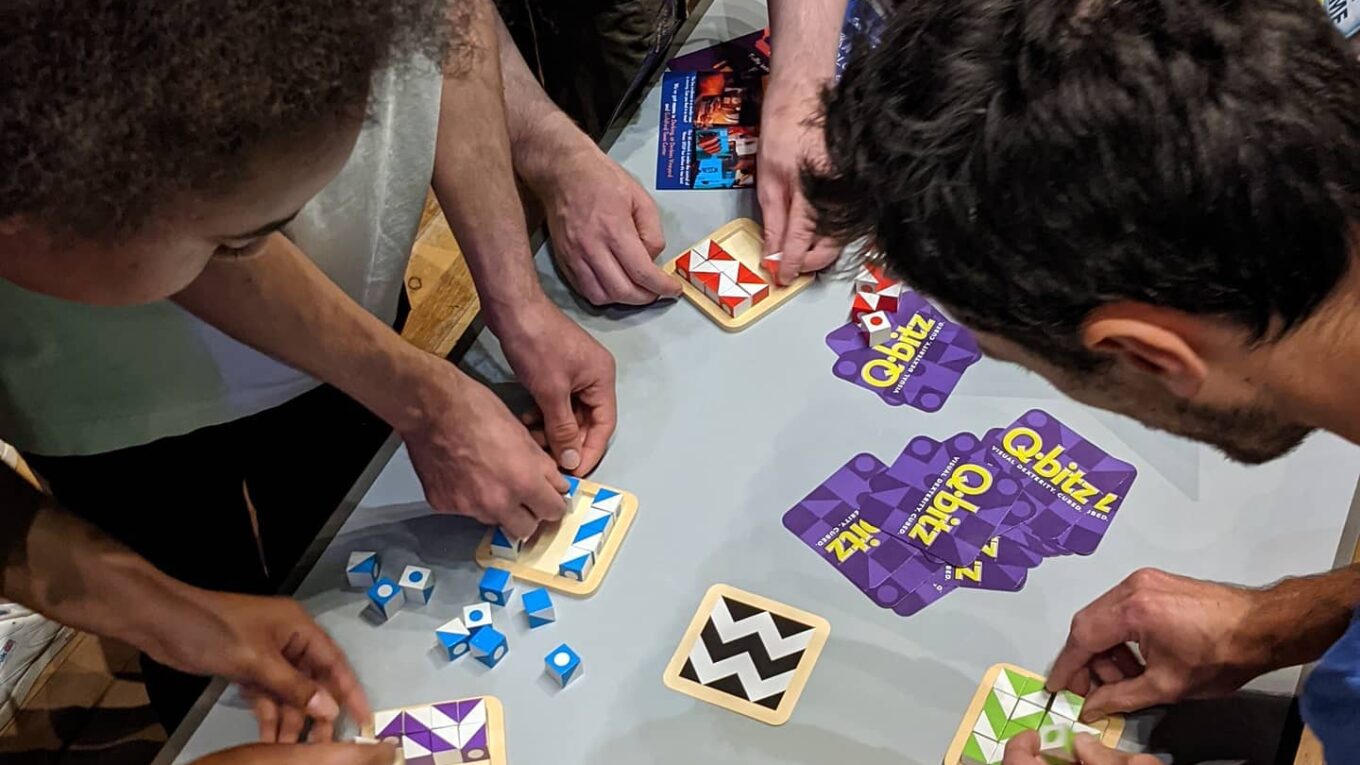 Great day was spent at the ACM Freshers Fair. Loads of enthusiasm from all the new students. They certainly were up for the challenge of trying to defeat me playing Q-Bitz. If you’ve not played it before, everyone has a set of 16 identical dice with different shapes on each side. A card with a diagram on is flipped over and the first person to recreate the diagram using the dice wins. It’s a great little game which reflects how improvements can be made with practice, being logical and breaking down the task ahead into smaller chunks.

Despite being beaten again and again, the students kept coming back for more. The sheer determination shows the need to succeed. We’re all puzzlers at heart which is why escape rooms are proving so popular. They require no prior knowledge, gets the brain cells working and you get a hit of endorphins after each success. In addition, its a shared success with your team, so all your strengthens are brought together to achieve the collective goal.

It was great to meet all the students and we hope to make an appearance at future ACM events. Maybe some will have bought the game had a practice to try and defeat me in the future 🙂